Book Sagrada Familia tour with us and get best offer prices and guided tour with fast track entrance inside the basilica.

This is a common question that comes in everyone’s mind. To begin with, here are some of the information about what to expect at La Sagrada Familia. The Sagrada Familia is one of the most famous monument and basilica of the entire city of Barcelona. It receives millions of tourists every year, but what makes it the best place to visit?

The Sagrada Familia is rich in culture and heritage. Designed by a well-known Spanish architect, Antoni Gaudí in 1882, it is still under construction and is expected to be completed until the year 2026.

The basilica has in total of three facades. These Façades of La Sagrada Familia carry a rich symbolism of every phase of Jesus’s life and elements of nature. The Nativity Facade represents the birth of Jesus and the sunrise. The Passion Facade depicts the suffering and crucifixion of Christ. The Glory Facade which is going to be the largest one depicts the glory of Christ as he rises from the dead and goes to heaven.

There is certainly much more to visit which can’t be mentioned in words. So go and explore this beauty yourself.

The basilica’s opening times are as follows:

How to get to Sagrada Familia 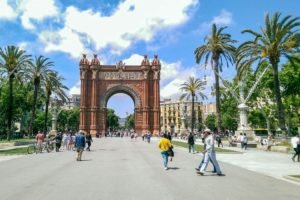 The city of Barcelona is famous in the world for Antoni Gaudi’s beautiful tourist attraction sites like Sagrada Familia, Park Guell, and many others. Millions

Barcelona is famous in the world for its unique art, architecture, and history. The great artworks of Antoni Gaudi like Sagrada Familia, Park Guell, Casa 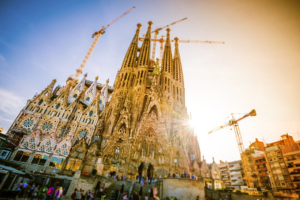 How To Buy Tickets To Sagrada Familia In Advance

The Sagrada Família is the most famous church in Barcelona, receiving millions of locals and foreign visitors every single year. If you don’t want to wait in